Our product is based on Core2.1 + Angular8, and we planned to turn on Redis for cache.

Before we turn on Redis, the default memory cache was being used.

Take GetRoleForEdit as an example,

Before Redis was turned on, The EditRole modal was rendered in 1-2 seconds.

After Redis was turned on: Whenever we click on GetRoleForEdit, it takes long time (more than 50s+, sometimes timeout) to render the modal. 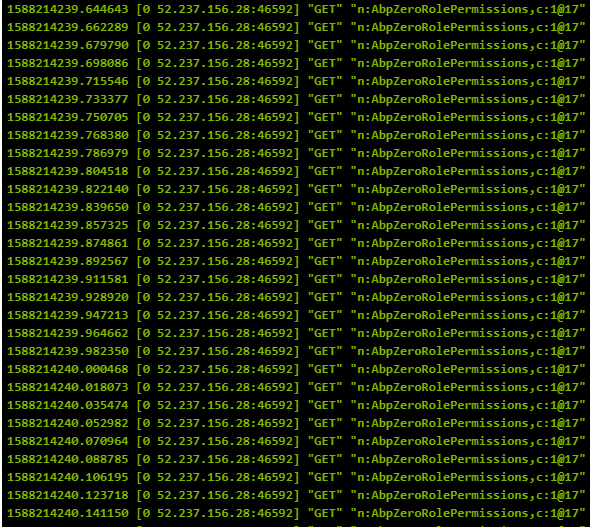 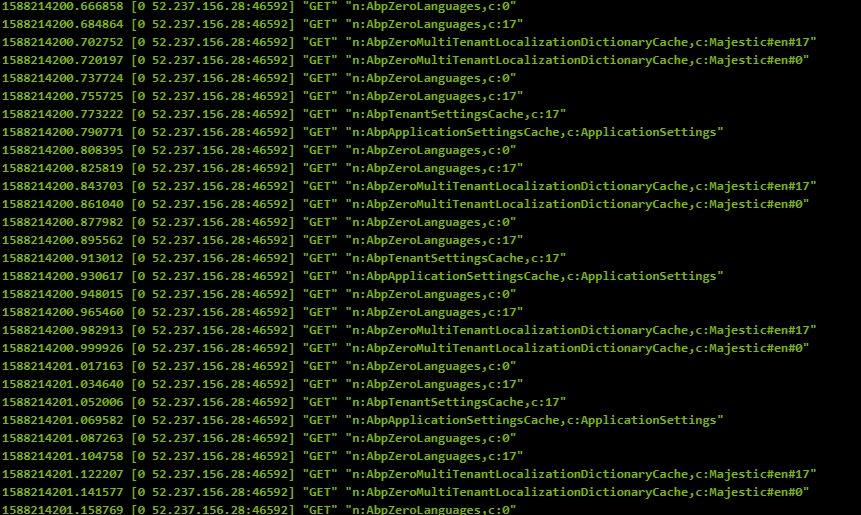 Same thing happens for my local redis setup -- it takes 6.08 seconds for the result to come back when I use redis on my local workstation. 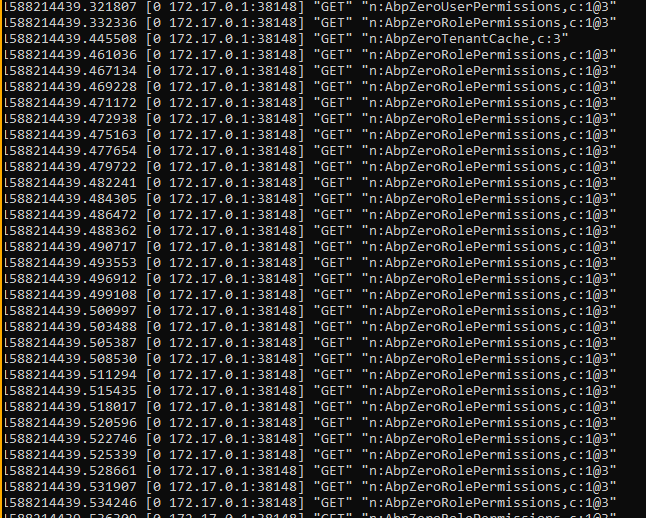 For GetLanguageTexts endpoint, the longest request duration was even 19min today.

One of assumptions is that Redis is reflecting what's happening under the hood -- GetRoleForEdit is visiting cache hundreds of time, and the performance issue emerges after we turned on Redis. Another assumption is the some logic in AbpRedisCacheManager causes the 'infinite' calls to Redis cache.

Please advise why this performance issue happens after turning on Redis.

Have an answer to this question? Log in and write your answer.
Assignee
No one